Blue Green Algae can be tiny villains. But it reproduces so rapidly that it can turn a beloved lake into pea soup overnight.

“It’s nasty stuff,” says Adam Heathcote, a senior scientist with the Science Museum of Minnesota. “It smells awful. And, worst of all, it produces dangerous toxins.”

Adds his colleague, Mark Edlund: “It’s actually not even an algae. It’s a bacteria that can cause all kinds of serious illnesses.”

Science Museum researchers Adam and Mark are on the trail of a growing threat to our treasured 10,000 lakes, determining its causes, and educating us on how to fight back.

One example of their work is the Crown Jewel of what we dreamily call Up North – The Lake of the Woods. “The last place you’d expect to see a 30-mile wide algae bloom,” Adam says. 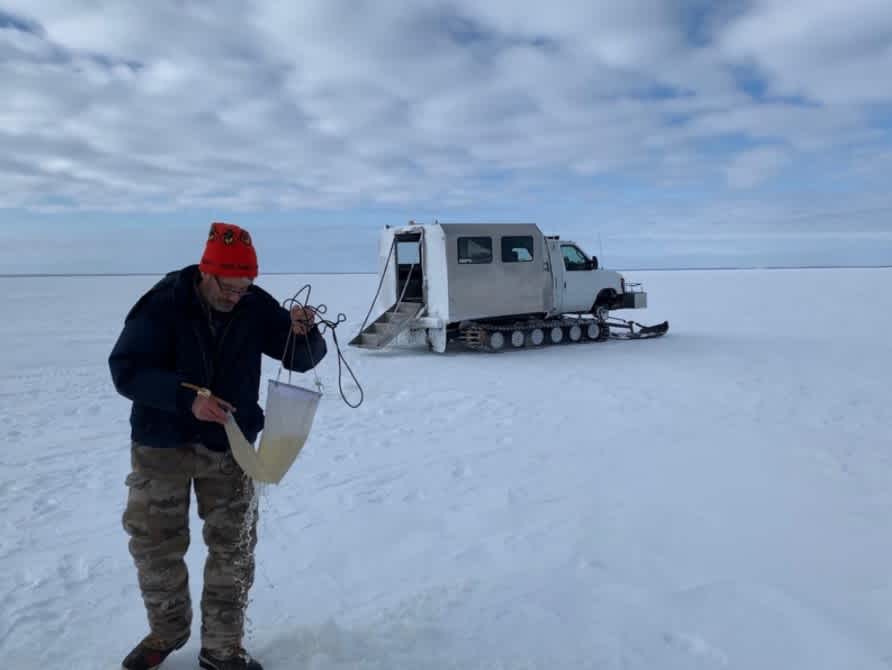 Science Museum scientists are monitoring Lake of the Woods all year. Pictured here, Mark Edlund checks to see how the algae are coming along in early March of 2019. Travel across this huge frozen lake wouldn’t be possible without support from local resorts and their custom track vehicles! Photo Credit: Adam Heathcote, Science Museum of Minnesota

It was here first

Core samples show the historical context of Blue Green Algae. As one of our earliest life forms, it’s no surprise that it’s been here since the beginning.

But, with the arrival of modern industry, samples show an increase in both pollution (food for algae) and algal blooms.

That ended with the Clean Water Act, a difference the scientists see in the core samples. Non-point sources of pollution – like fertilizer from farm fields and lawns and sewage from leaky pipes and faulty septic systems – continue to pose a threat. 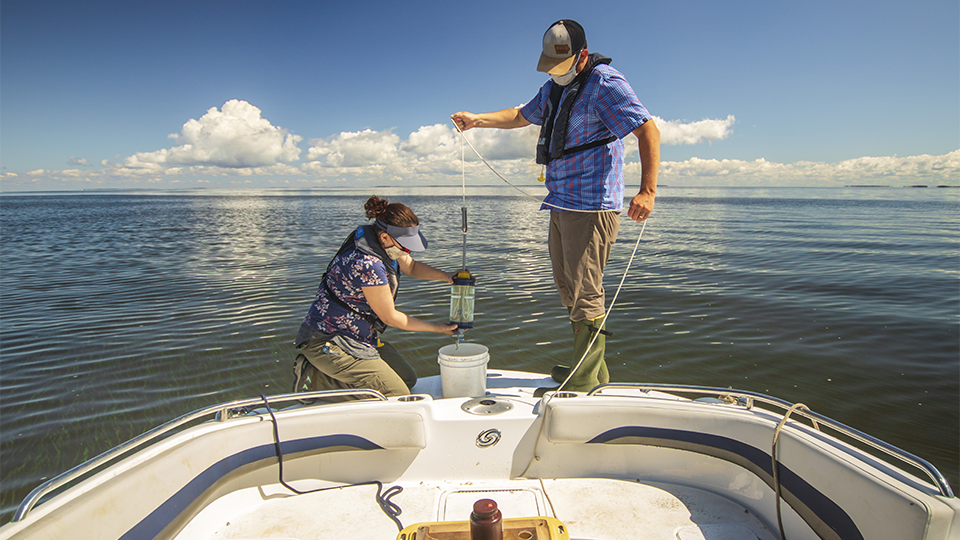 Legacy pollution, deposited in the sediment all those years back, remains an issue, too. Which leads us to the two scientists’ most amazing find: Using underwater buoys to measure oxygen levels and water temperature, they found that Traverse Bay stratifies.

Once thought to only happen in deep water, the two scientists discovered a warm layer on top of a cold one in a bay with a maximum depth of just 30 feet. With very little mixing between the two layers, the lower one runs low of oxygen, triggering a massive release of nutrients that provides a feeding frenzy topside for you know who.

“The lake is without a doubt improving,” Adam says. “And one of the most heartening things we’ve discovered is how many people want to help.” 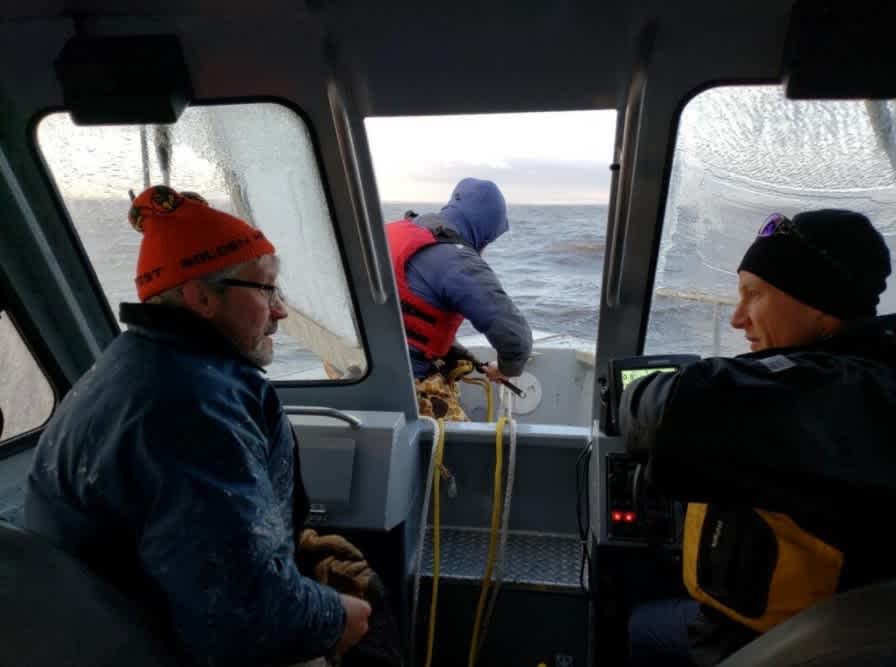 WORKING TOGETHER TO SUPPORT SCIENCE

Science Museum of Minnesota researchers are working to protect Minnesota’s lakes by building strong partnerships between state, tribal, and private organizations. Their work on Lake of the Woods is a partnership between the Science Museum, the Red Lake Department of Natural Resources, and the Minnesota Pollution Control Agency. They also work with local resort owners, lake associations, and industry.

This work is supported by grants from the Minnesota Pollution Control Agency, the Environment and Natural Resources Trust Fund, donors like the Polaris Foundation, and the hundreds of thousands of visitors who come through the doors of the Museum each year. Thank you for supporting science!