Making bread with substitutions and science!

I’ve noticed at the grocery store that while the bread aisle remains well stocked, yeast and flour have been a little hard to find lately. As people hunker down and shelter in place, I think their thrifty/crafty instincts have been kicking in. This might be kind of like buying running shoes and yoga mats on New Year's Day—a good impulse that may suffer in the followthrough—but, hey, why not? Unfortunately, it’s also leaving some home bakers short on supplies.

Luckily, if you have flour but are fresh out of yeast, my colleague Amber Stevenson, the Science Museum’s Director of Traveling Exhibits and Sales, has a simple bread recipe for you with a clever yeast substitute (and a scientific explanation of why it works)!

Did someone just eat the last piece of bread? Science is here to help!

Here’s a quick and easy take on an everyday staple for when you don’t have yeast readily available. 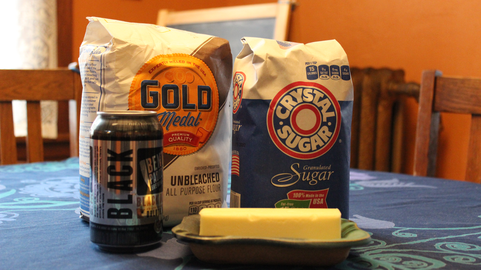 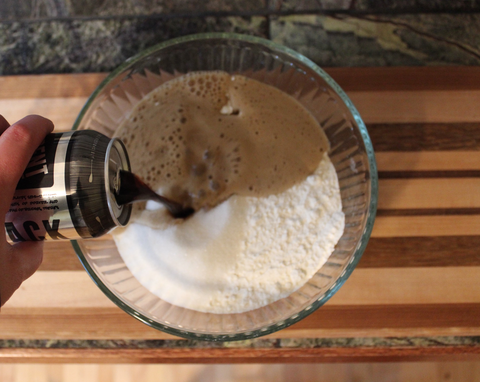 Preheat the oven to 350 degrees. Combine the flour, sugar, and can of beer in a mixing bowl. The alcohol from the beer will evaporate during baking, so the bread will be edible for all ages. 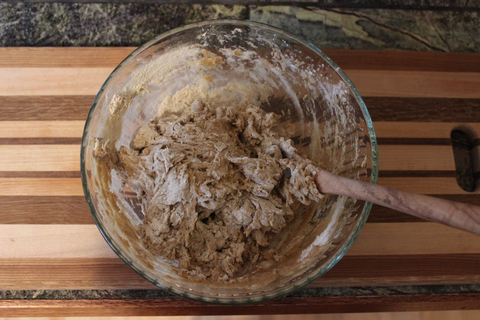 Watch it bubble as you mix it up and then place the large ball of dough in the center of a greased cookie sheet. 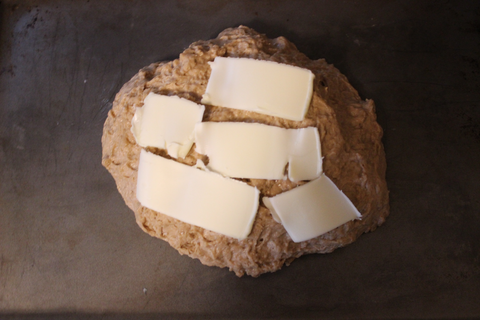 Optional: Add a quarter cup of sliced or melted butter/butter substitute on top before baking for a buttery flavor. 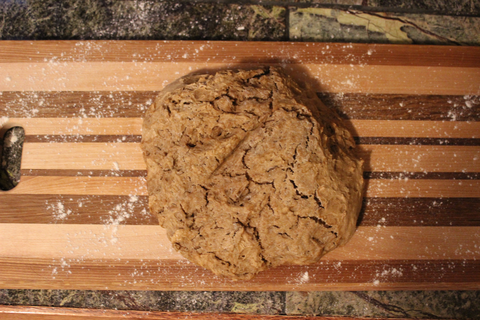 Pop the dough in the oven, set a timer for 40-60 minutes, and voilà, you have bread! You will know the bread is done when a toothpick or knife inserted in the middle comes out clean.

†Note: Many mass-market beers have most of their live yeast filtered out. If you’re using a craft beer or something from a smaller brewery, you’re probably all set. If all you’ve got is something from the big brands, you can supplement your recipe with 2–4 teaspoons of baking powder for leavening. You may need to experiment—if you find your bread is too dense, add a little more baking powder to the next batch. Baking powder is made of baking soda and a weak acid. When it gets wet, the ingredients combine and produce carbon dioxide, puffing the dough up.

How does it work?

It’s alive! Yeast is a living, single-celled fungus that works a little scientific magic when you combine it with sugar. Yeast loves to eat sugar, and as it does it creates waste in the form of carbon dioxide and alcohol.

Brewers use yeast in the beer fermentation process to give beer its alcohol content and carbonation. Bread recipes call for yeast because carbon dioxide is the key ingredient needed to puff up the dough and make the bread fluffy.

Since most beers still contain yeast cells at the end of the fermentation process, you can substitute a can of beer for yeast for a denser result. The alcohol from the beer evaporates off during baking, leaving behind a deliciously rich taste that is safe for all ages.