There’s always more to a story than what appears on the surface. Turn a few pages back with this science snapshot.

Humans have lived in what’s now called Minnesota for at least 10,000 years, creating a story stretching back over those many millennia. Compress that story to the length of The Great Gatsby, by Minnesota author F. Scott Fitzgerald, and Europeans only arrived in the last couple pages.

Uncovering the plot of human history in Minnesota

In the summer of 2021, Director of Anthropology Dr. Ed Fleming helped reveal a few more parts of the plot. Fleming and colleagues focused their efforts this field season on exploring new areas along the St. Croix River at the museum’s St. Croix Watershed Research Station, as well as finding out more about a well-known, significant site on the other side of the state.

The Pedersen Site is on an island in a southwestern Minnesota lake, where there is evidence of human habitation going back until the end of the last Ice Age—about 10,000 years ago. It represents a record of the entire period and contains clues about how things have changed over such a long span of time.

“Few archaeological sites in the region hold such potential to document cultural change over such a period of time, and changes tied to climatic and environmental shifts,” Fleming says.

The Science Museum first studied the site in the 1970s. A family that owns the property today has also collected thousands of artifacts from the surface over the years, and the museum began a multi-pronged effort to renew studies of this significant site. The project includes cataloging and digitizing the large existing collection, so more can be learned from it, enlisting other experts, and commencing new digs to find new information about the people who lived there. 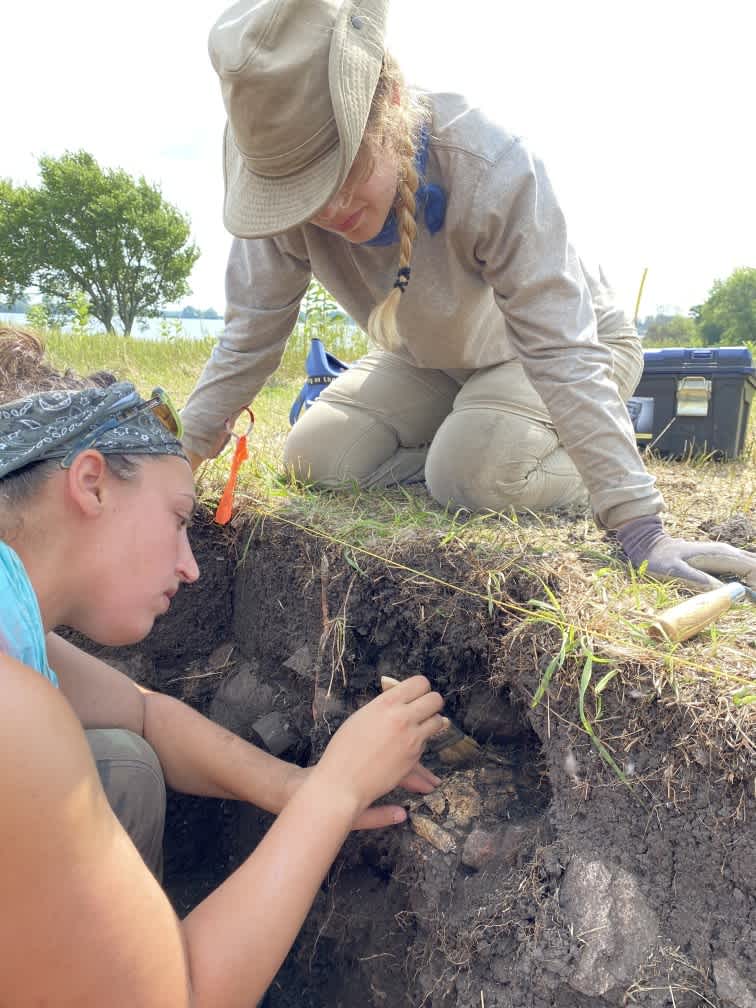 In August 2021, the team broke ground, carefully digging around an ancient fire hearth, an opportunity to better understand what people ate and how they prepared it. Another excavation at the Pedersen Site is more like reading a book backwards. As the archaeologists have dug down, they are finding layers of artifacts and other evidence representing thousands of years of human activity. They are currently at a depth representing 4,000 to 5,000 years ago and will return in the coming months to go deeper.

In a new partnership, Fleming is working with aquatic scientists to learn how the Pedersen Site’s environment has changed. Science Museum aquatic scientist Dr. Mark Edlund and his colleague, Dr. Charles Umbanhowar at St. Olaf College, extracted cores of sediment from the bottom of the lake this year, and will be able to reconstruct how the environment shaped human behavior—and how humans may have shaped the environment.

In the St. Croix Valley, the team identified a site dating to before European contact, and excavated another site found during the previous year’s field school. The dig discovered two neighboring campsites dating to 1,000 to 1,300 years ago. They contain extensive pottery fragments, stone tools, and stone chips left from making tools. 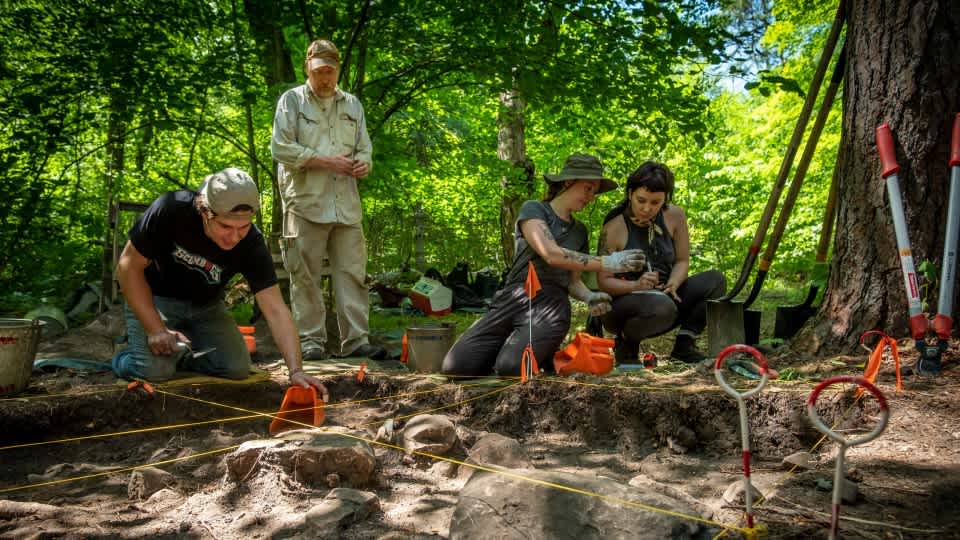 Studies in the St. Croix Valley are helping reconstruct ancient travel routes and movement, and better understand connections between different cultures and regions across North America. One thing has remained constant over the millennia: eating animals.

Digging down through the Pedersen Site, the team has found abundant bones from bison and other animal species. The archaeologists collected all the soil in and around the Pedersen Site hearth, and will use it to better understand past diets and nutrition by identifying plant and animal fragments.

Understanding our predecessors can reveal fascinating history, illuminate our present, and help us face the future. Even small artifacts can offer big answers.