Insects, arachnids, and other arthropods live all around us. Usually, we call them bugs, and these bugs do amazing things with their small bodies. On any given day, you could find spiders crawling upside down on the ceiling, bumblebees hovering around flowers, or water striders dancing on ponds.

We’ll show you some of our favorite bug sports in the form of fun videos below. But before we get there—let’s talk about how bugs make their bodies move (and how they aren’t so different from us).

Do bugs have muscles?

The word arthropod comes from the Greek words “joint” and “leg” because insects and other arthropods have visible joints on their bodies. These joints can be found everywhere, but the three body segments—head, thorax, and abdomen—show off the biggest, most easy-to-see joints.

Arthropods are different from humans because they have hard outer shells called exoskeletons instead of bones. We do have a few things in common, though! We all have hearts, brains, nervous systems, and muscles. In humans, our muscles are attached to our bones through connective tissue called tendons, but in arthropods, their muscles are connected by small hooks to the inside of their exoskeletons. Despite our differences, bugs move just like we do: by contracting and relaxing their muscles.

Click on the links below the images to watch the bugs use their bodies to fly, wrestle, jump, skate, and more.

Zumba, but with bumblebees 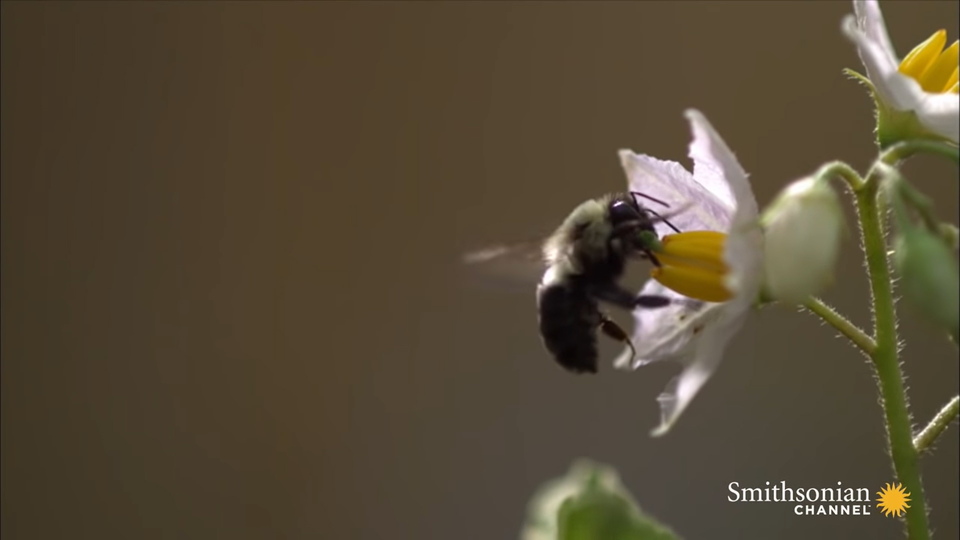 These bees use their strong wing muscles to shake flowers, dusting themselves with pollen, which will help feed their young and create more flowers. Watch them dance in slow motion!

Why are these beetles completing Herculean feats of strength? 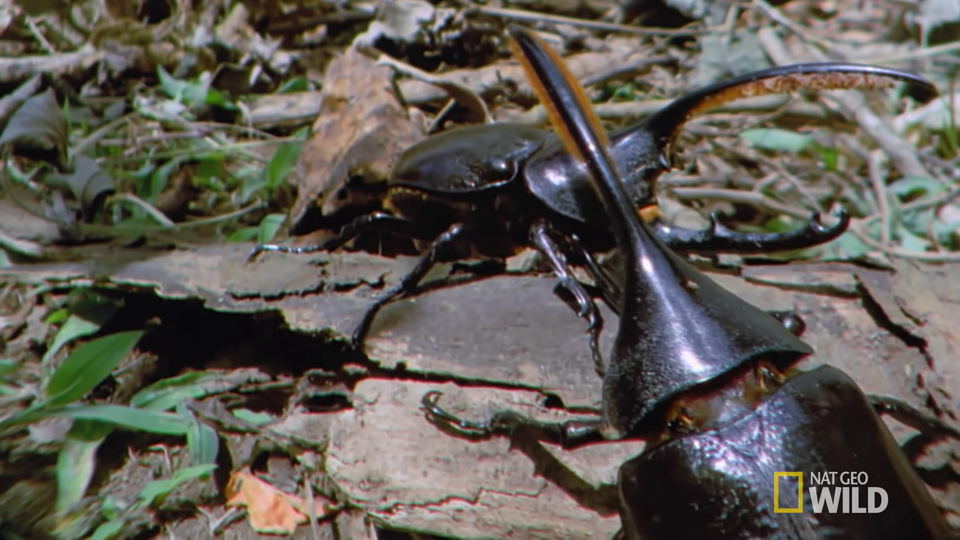 Many species of beetles use their large horns to wrestle. Why do they wrestle? For the chance to court a female beetle. Whichever beetle gets lifted out of the ring loses the chance at a first date. Hercules beetles can lift 850 times their own body weight, making them the strongest creatures on Earth for their size—it’s no wonder they have Hercules in their name!

How do walking sticks get around? 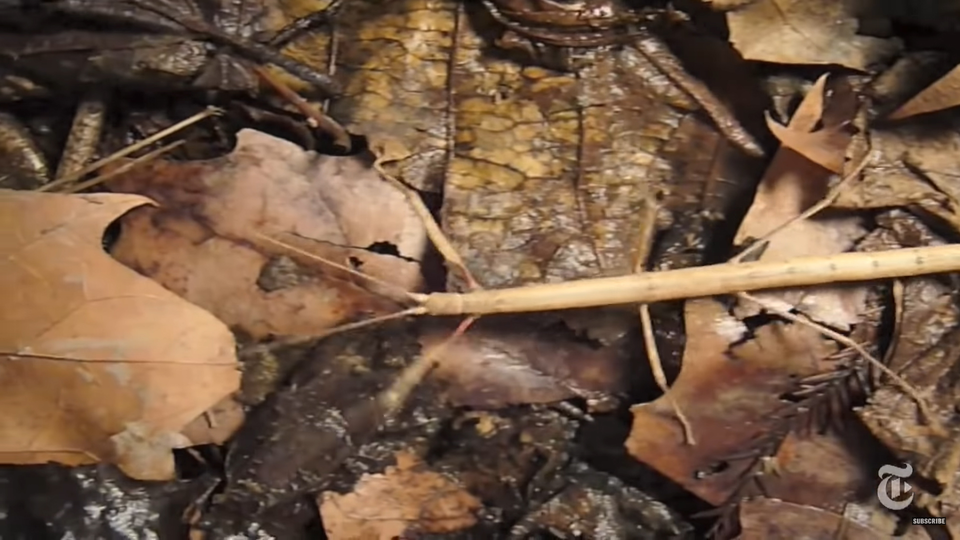 Researchers analyzed which of the walking stick’s 6 legs did what. It turns out that not every leg has the same job; the hind legs provided most of the power, while the middle legs were used for steering, and the front legs reached out to feel what’s coming at the insect next. Then, the researchers used those findings to help a robot named Hector to get better at walking!

Surface tension + actual tension = the life of a water strider 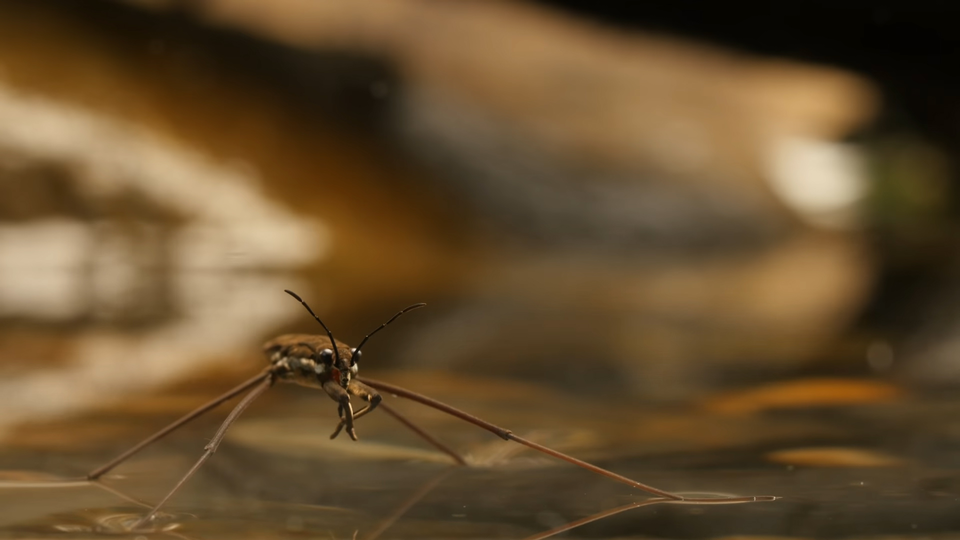 These insects might seem like peaceful skaters, but they use their tiny leg hairs, known as micro-setae, to trap a layer of air between them and the water, allowing them to glide around and find prey on the surfaces of ponds. Watchers beware: this video shows bugs eating other bugs. 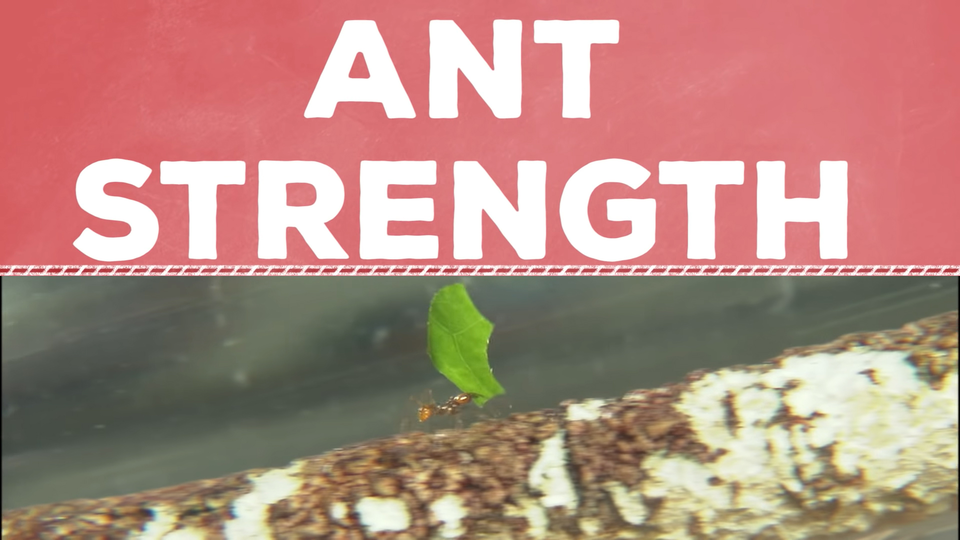 Ants are some of the strongest animals in the world. Explore the physics behind their tiny but mighty bodies and learn more about why you wouldn’t want to compete against them if it came to lifting objects 50 times your size. 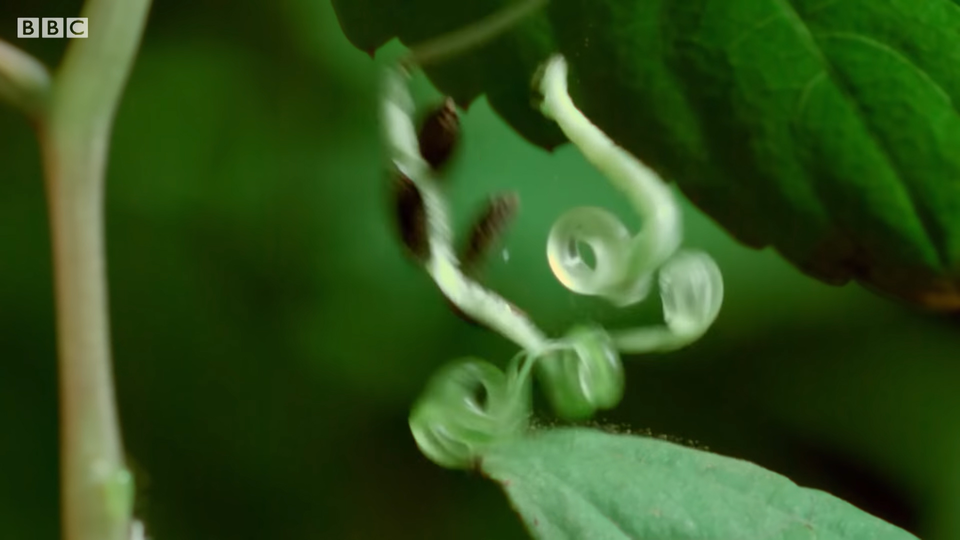 Watch caterpillars battle thousands of years of evolution as they try to eat the seeds within a Touch-Me-Not seed pod. Caterpillars and other insects are great at surviving these big falls because their mass to surface area ratio is so small, meaning that when they do fall, the air acts like a parachute, slowing their descent to the ground. Instead of getting smushed, they’re able to get right back up and keep inching towards greatness (and tasty plants).

Have you seen bugs doing incredible things outside (or inside)? Show us on social media by tagging @sciencemuseummn and using #ShareYourDiscovery. Let the bug sports games begin!