Crocodiles move themselves through the water with their powerful tails. They have big muscles that attach to their hips and back legs that allow them to move their tails side to side with strong thrusts. Their tails are flattened on the sides and have scales that stick up, making them great propellers.

You can put together your own crocodile tail with these easy steps!

Warning: This activity uses a pointy object, so make sure you have some adult supervision.

We’ve got two different methods you can use here, depending on what materials you have available. Pick one or, if you really want to experiment, make one of each!

1. Poke two holes on opposite sides of the cup under the rim.

3. On the first cup, thread the end of a string through one rim hole and tie a loop.

4. Repeat with the second piece of string on the other rim hole. Drop a ping pong ball in the cup.

5. Add a second cup. Line up the holes to either side and thread that side’s string through the hole. Drop a ping pong ball in the cup.

6. Repeat till all cups and ping pong balls form a stack (this is your tail).

7. Tie the two ends of string together, leaving length between the cup rim and the knot.

8. Lay the stack on its side on the table. Brace the cups against something, like a book or your knee, and hold both ends of the string. Pull each string back and forth to see how the tail moves.

9. Which side does the end of the tail move toward? Experiment with pulling each string and observing what happens. 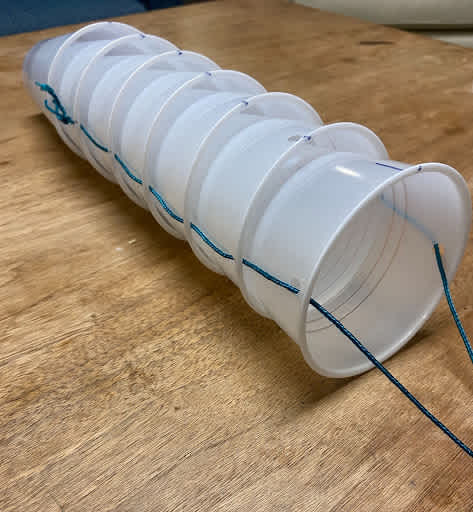 1. Poke holes through opposite sides of the cup about a quarter of the height of the cup from the bottom. Repeat on all the cups. (See the diagram below for reference.) 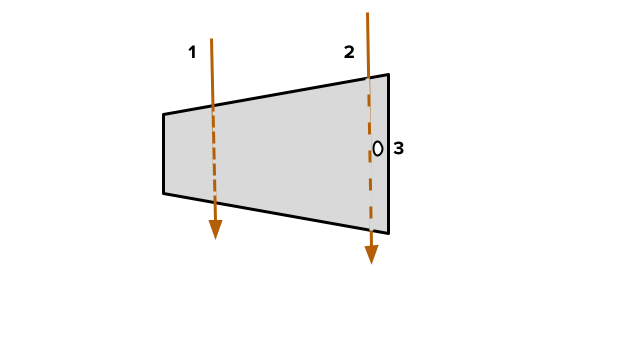 2. Poke another set of holes under the rim of the cup, parallel to the quarter-height holes.

3. Poke a third set of holes under the rim for the string. These holes should be perpendicular to the skewer holes. 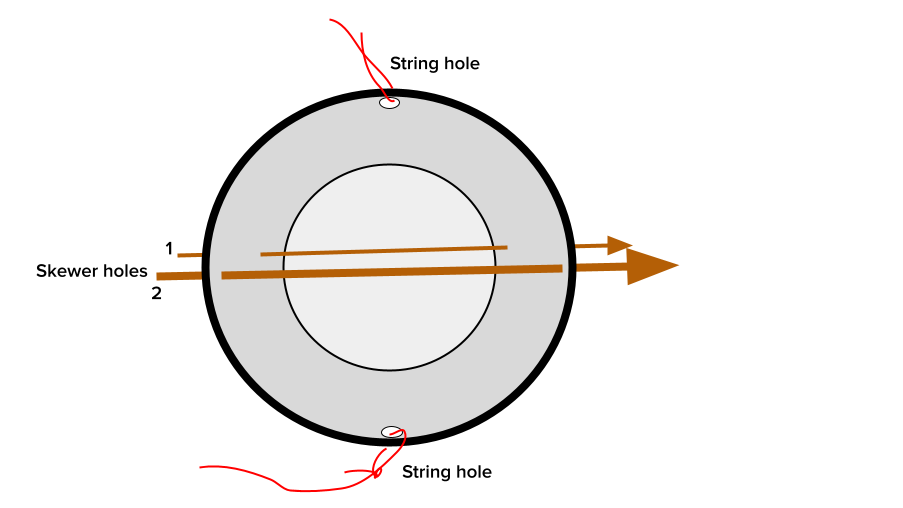 4. Slightly nest two cups to align the holes. Insert a skewer through the rim hole of the outside cup, next through both quarter height holes of the inside cup and finally out the other side of the outside cup. The skewer will stick out on both sides.

5. Repeat to connect all the cups with skewers. (This is your tail).

7. Repeat this on the opposite side. Tie the two loose ends together to keep them from pulling out. The string represents the muscle.

In the end, your tail should look like the picture below. 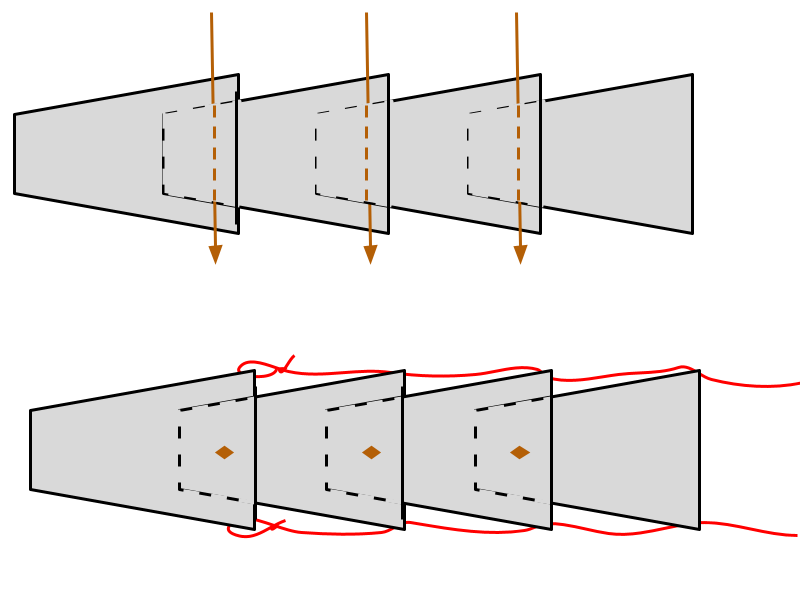 8. Brace the cups against something, like a book or your knee, and hold both ends of the string. Pull each string back and forth to see how the tail moves.

9. Which side does the end of the tail move toward? Experiment pulling each string and observing what happens.

What did you learn?

You’re simulating the side-to-side motion (or lateral motion) that a crocodile uses to push itself forward through the water. Each cup is like one part of the spine of the tail (called vertebrae). The string is like the muscles and tendons that connect each of those. Pulling the string contracts the muscles and causes motion. Now you’re as cool as a crocodile!