The Science Museum is temporarily closed to help slow the transmission of COVID-19 in our community.
Follow us on social media for updates.

Every day can be #FossilFriday: Take a walk through time with paleontology

Yes, it’s a pun, but it’s true. Fossils capture life as it was millions of years ago. Whether that looked like a giant fish swimming down a shallow sea in the middle of what is now North America or ferns and reeds swaying in the breeze long before the dinosaurs, fossils rock because they allow us to see the world as it once was.

At the Science Museum of Minnesota, we’re passionate about making science accessible to everyone. That’s why we’ve shared our collection specimens during #FossilFriday on social media. But #FossilFriday doesn’t have to be only on social media, or only on Fridays. We’re pretty sure that every day is a good day to learn about ancient life on Earth.

Our Fitzpatrick Chair of Paleontology, Dr. Alex Hastings, is especially passionate about bringing knowledge that’s buried underground to the surface. Let’s throwback to some #FossilFriday favorites and see a sneak peek for what’s coming next. 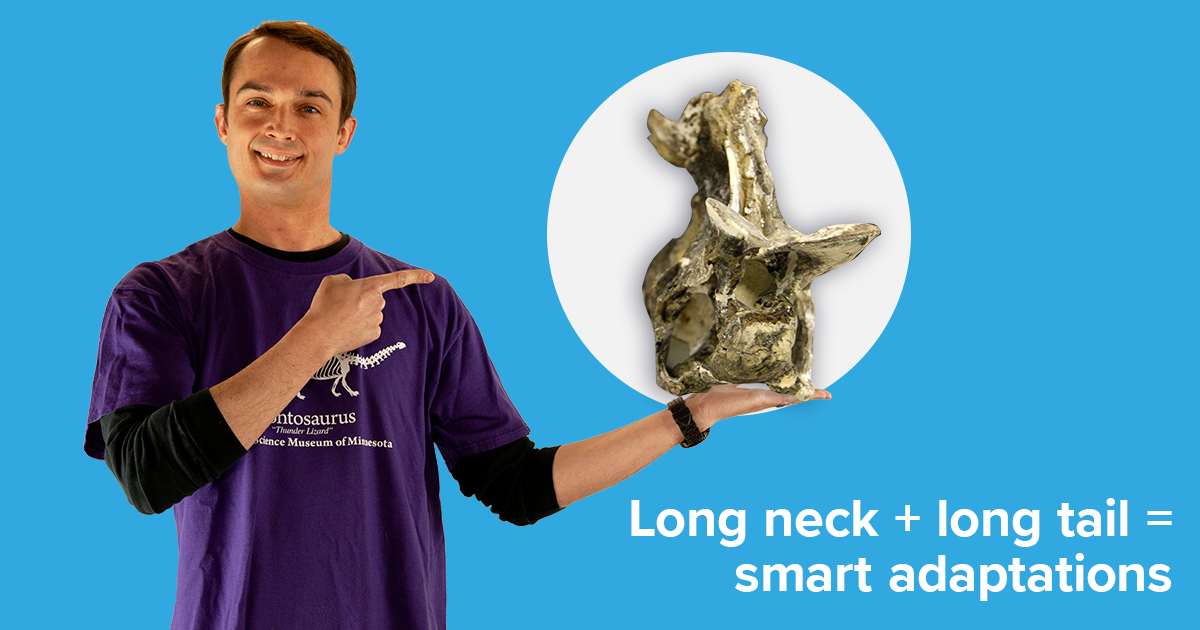 Diplodocus is seriously too large to fathom. At over 90 feet long, this skeleton reaches all the way from the Dinosaurs & Fossils gallery into the museum atrium.

When thick-headed is a compliment 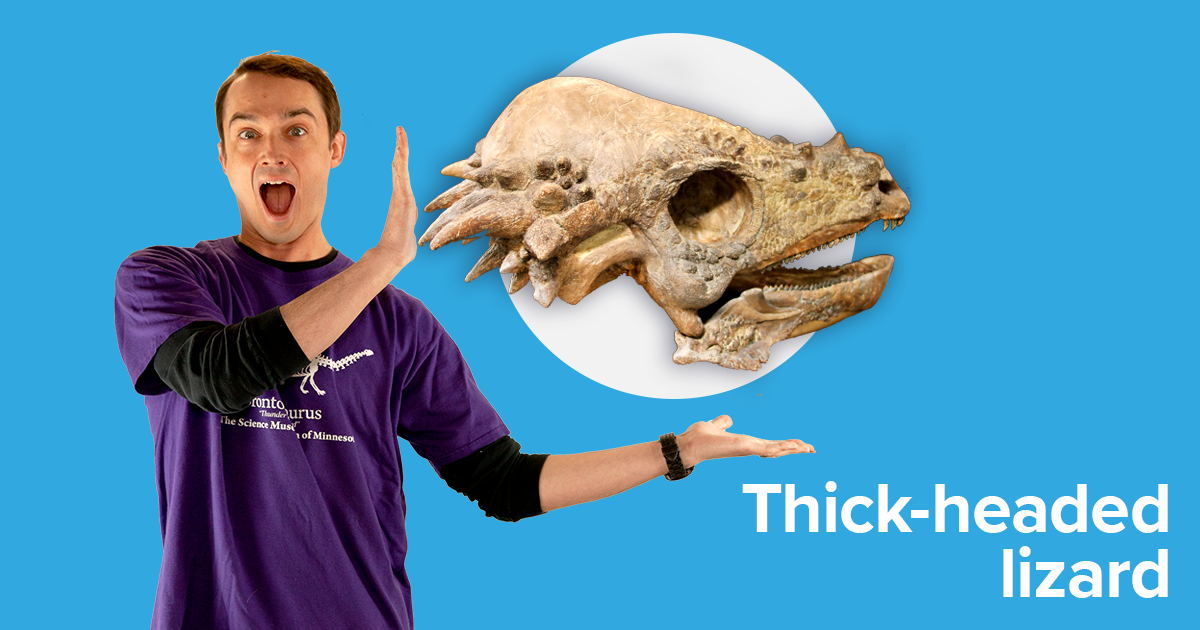 It’s amazing what kind of gains you can get, even on a vegetarian diet (said the thick-headed lizard, probably). 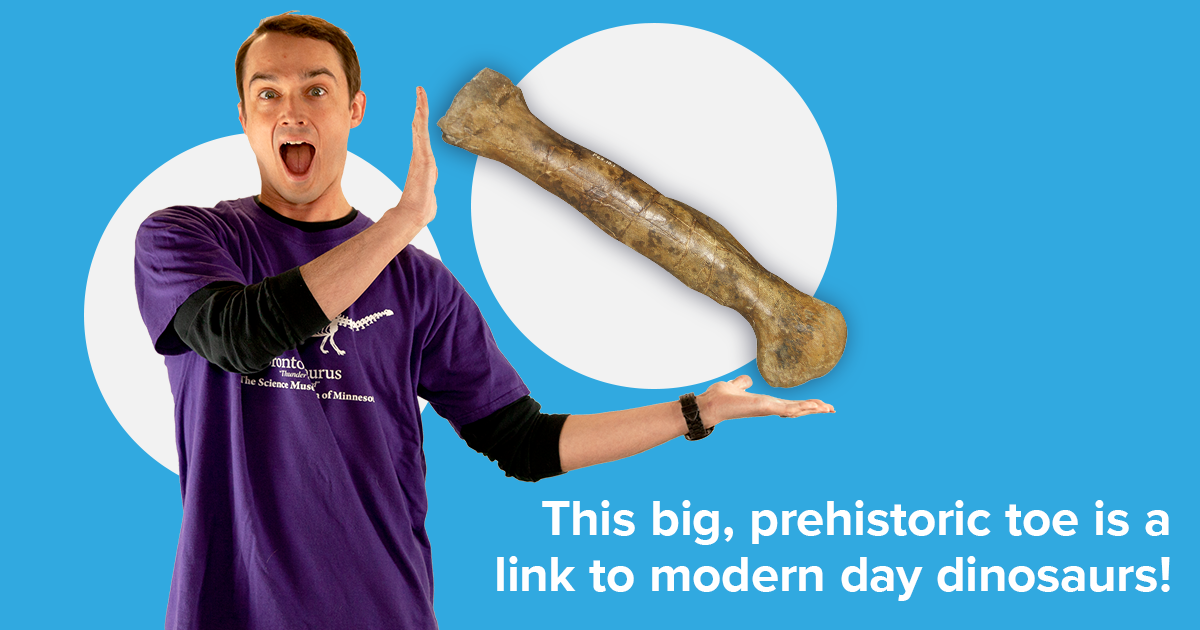 Want to know who this bone belongs to? Hint: It’s one of the most famous dinosaurs. 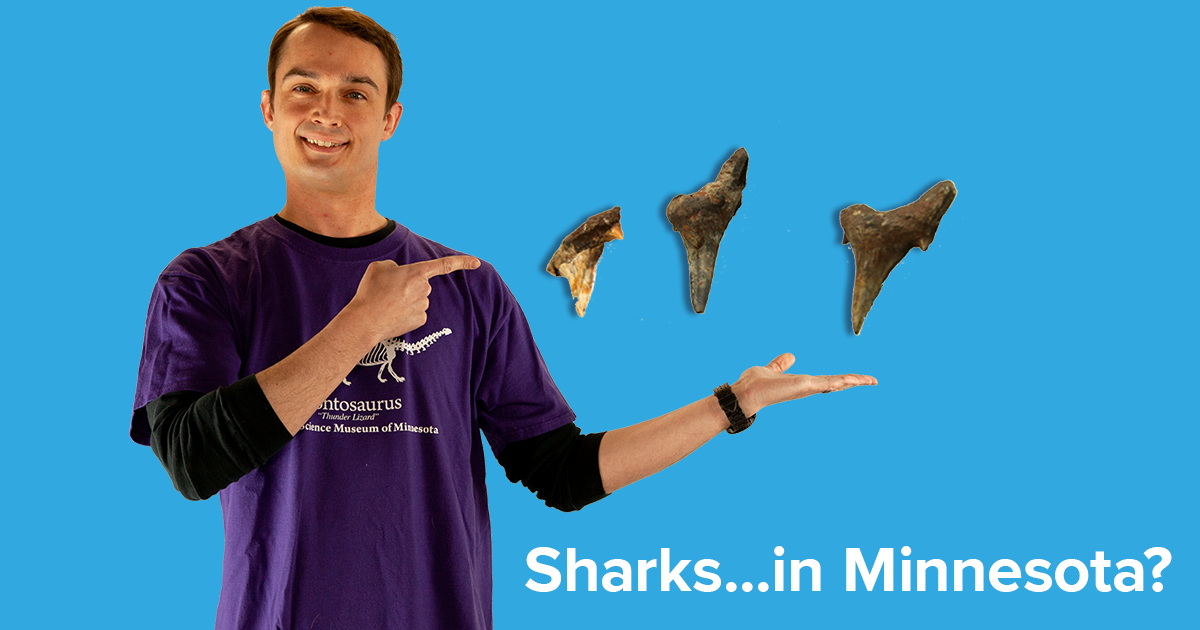 Remember that ancient shallow sea we mentioned earlier? Yep. It was full of sharks. 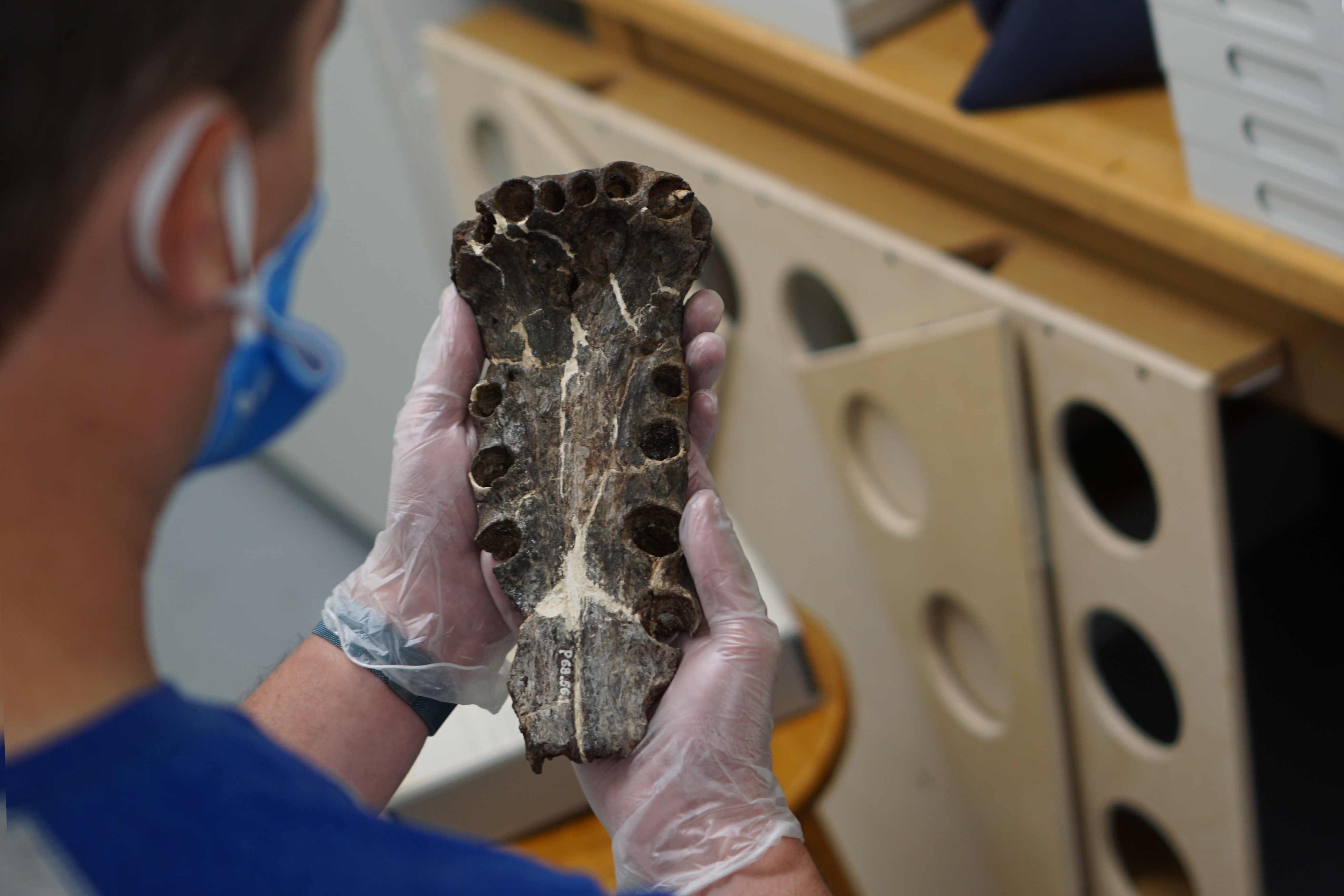 If the snout is almost a foot long, how big was the whole crocodile? Find out on our next #FossilFriday by following us on Facebook, Instagram, or Twitter.

Ready to meet these ancient animals in person?

Reserve your tickets today! The dinosaurs have been waiting a few million years to meet you.