~Dig in~ to our paleontological past with this science snapshot.

The age of dinosaurs lasted more than a hundred million years, a span of time almost incomprehensible to humans. In that time, species came and went, and whole ecosystems rose and fell. In the summer of 2021, Fitzpatrick Chair of Paleontology Dr. Alex Hastings sought to better understand this incredible period of Earth’s history—and share it with the world—with several projects.

The field season started in June and July with a dinosaur dig in Wyoming, excavating 150-million-year-old bones of some of the biggest dinosaurs to ever live: the sauropods.

“That was a time when these giants were not only enormous, but abundant,” Hastings says.

Hastings and his colleagues were not only looking for the dinosaurs, though, but for evidence of all kinds of life. They want to know how an ecosystem that was dominated by creatures as big as houses could function, so they are also studying the other plants and animals present to piece together an ancient food web.

In August, Hastings was back in the West. This time he was in Montana, searching the Hell Creek Formation. The fossils in this rock are from about 66 million years ago, when the age of dinosaurs was nearly over. Hastings is trying to better understand the stories these fossils tell together alongside fossils from just after the mass extinction event about 60 million years ago. 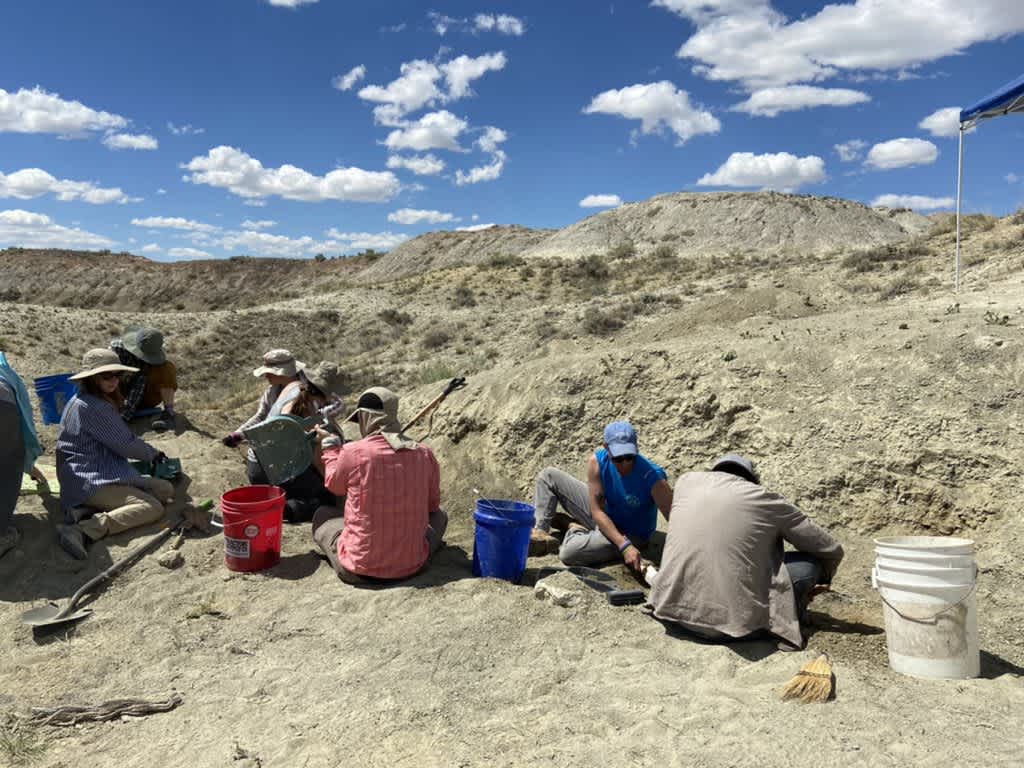 The Science Museum has a collection of thousands of fossils from 120 species of plants and animals found at the Wannagan Creek Formation in North Dakota. The pre- and post-extinction fossils could help reveal more about why extinction occurred.

“By looking at everything in the ecosystems, I hope to better understand mechanisms of both extinction and survival,” Hastings says.

Each piece of evidence builds the story of life on Earth

The Hell Creek Formation has a lot of dinosaurs, and a lot of other plants and animals, too. On a previous dig, Hastings and his team found part of a Pachycephalosaurus skull, and this time they found the frill section of a Triceratops. Each time they have visited the area, the team has found many crocodilians, turtles, and stingrays, and this summer they added salamander bones to the Science Museum’s collection.

Both dig sites in Wyoming and Montana were hot, dry places. The crew had to be careful to drink enough water and shield themselves from the intense sun while hiking across rough country, looking for likely sites, then kneeling on the ground, scraping away hard soil.

But sometimes a bone, tooth, or some other evidence of life emerged. It might be any of countless species that have lived over countless eons. Each one is another look at the story of life on Earth. 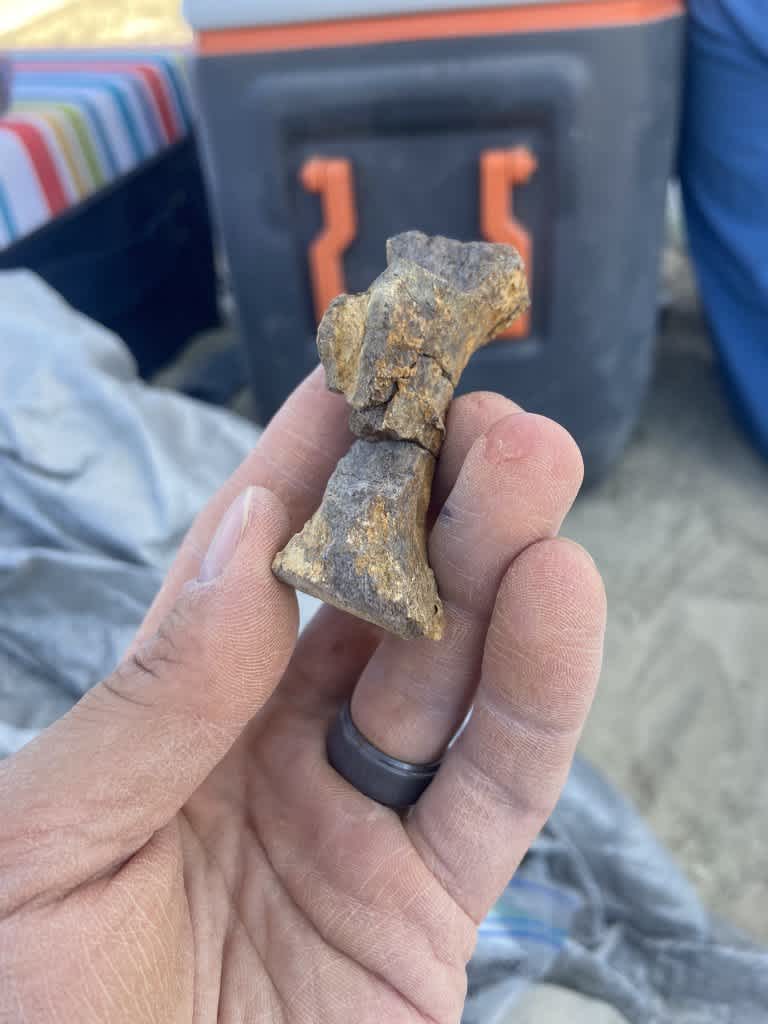