The Science Museum is temporarily closed to help slow the transmission of COVID-19 in our community.
Follow us on social media for updates.
Elias Ramos-Solis, Science Museum of Minnesota

#WingedWednesday was a short series celebrating all things fowl, where Dr. Catherine Early, our Barbara Brown Chair of Ornithology, shared some of her favorite avian acquaintances and anecdotes. If you missed them on our social media channels or just want to revisit your favorites, read on!

Our first featured feathered friend: the passenger pigeon. Famous naturalist John James Audubon once described a flock of passenger pigeons as so massive that it darkened the skies for three days as it passed overhead! But why don’t we see these sun-blocking sirens today? 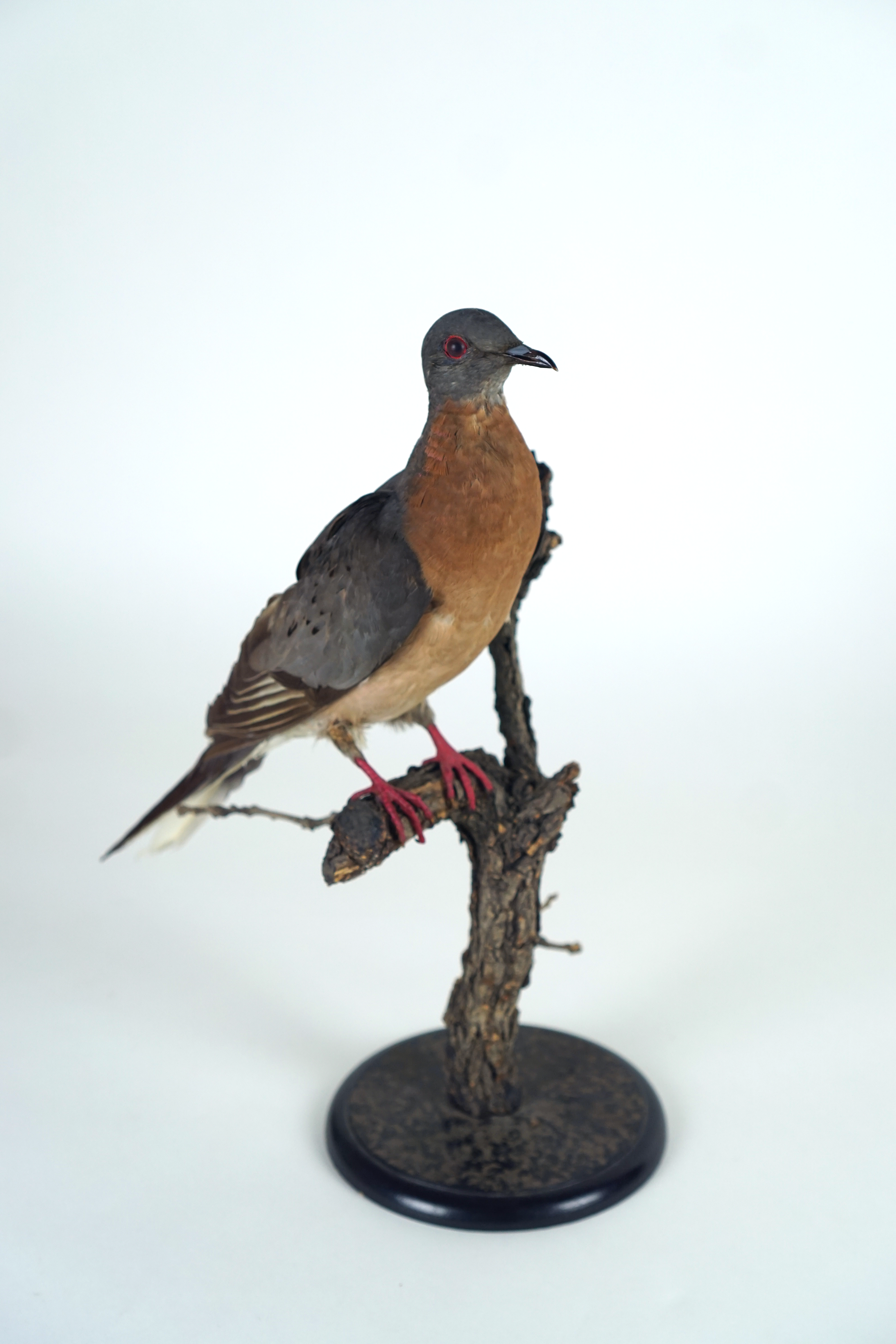 Passenger pigeons were once the most abundant species of bird in North America, with their maximum population estimated to be 3-5 billion individuals. They coexisted with Native Americans for tens of thousands of years, but within a few hundred years of European colonization of North America, Europeans had hunted them to extinction. In fact, the last known passenger pigeon, named Martha, died in captivity in 1914 at the Cincinnati Zoo. 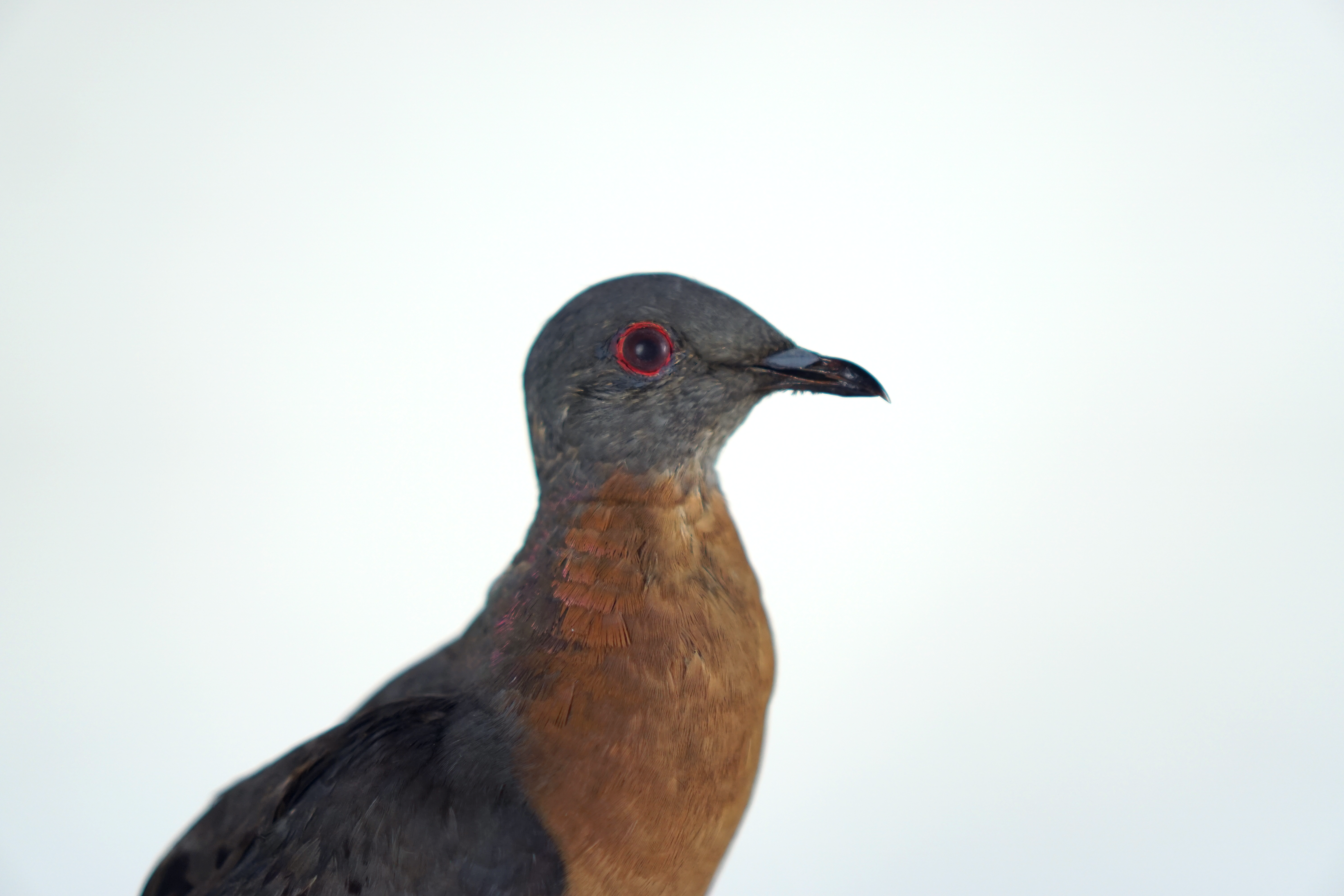 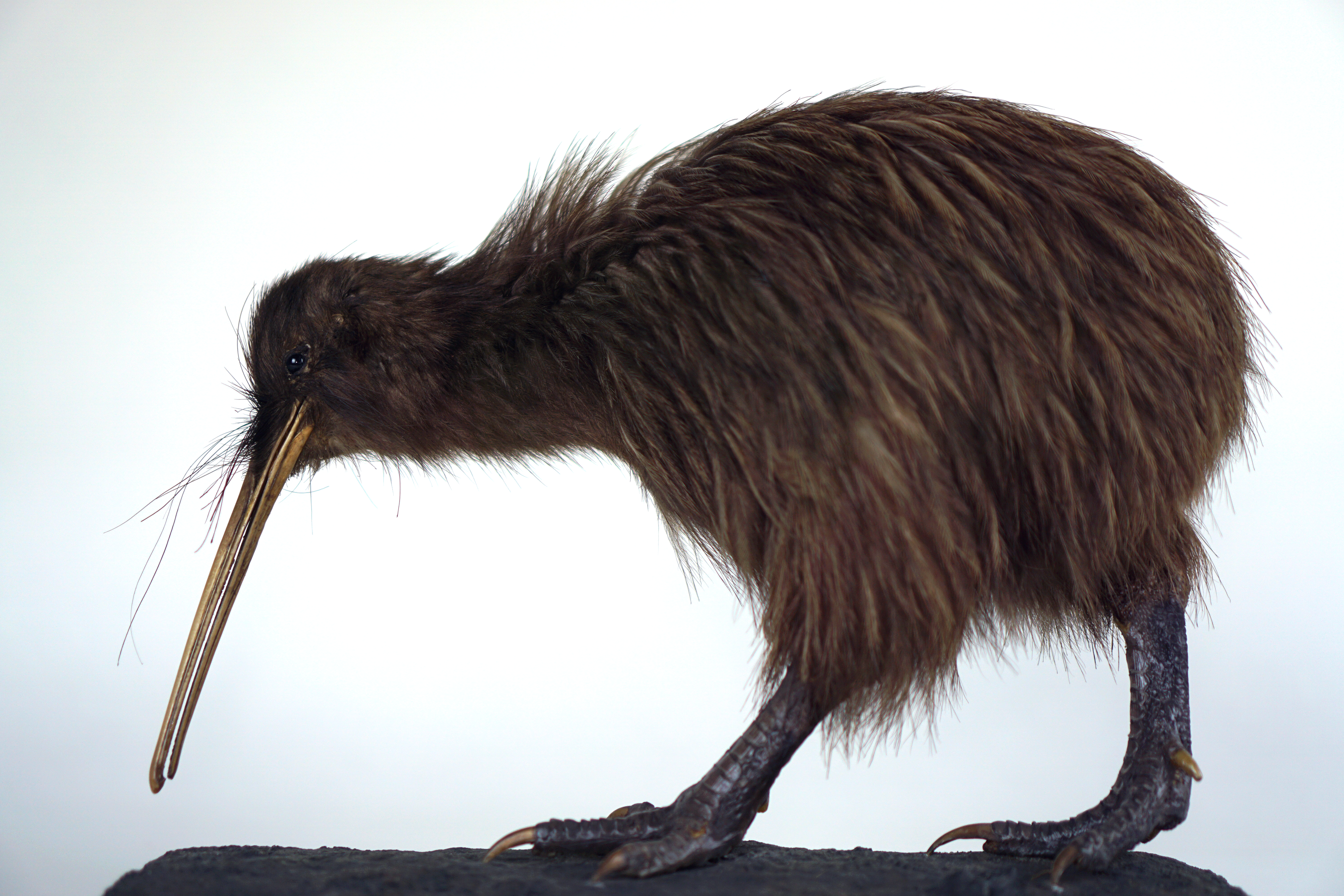 In addition to having the same name singular and plural, kiwi are flightless, nearly wingless, and found in the wild only in New Zealand/Aotearoa. Regardless of their inherent cuteness, Dr. Early’s favorite kiwi characteristic is their brains; while they have extremely reduced visual systems, they make up for it with a keen sense of smell and extremely touch-sensitive beaks! They use this superior schnoz to locate prey by sticking the tip of their beaks, which is also where their nostrils are located, into the dirt and feeling and smelling for bugs to eat.

Unfortunately, most kiwi species are at risk of becoming endangered due to habitat loss and non-native mammalian predators. Fortunately, New Zealand has started greater conservation efforts to protect these beloved brainiacs. 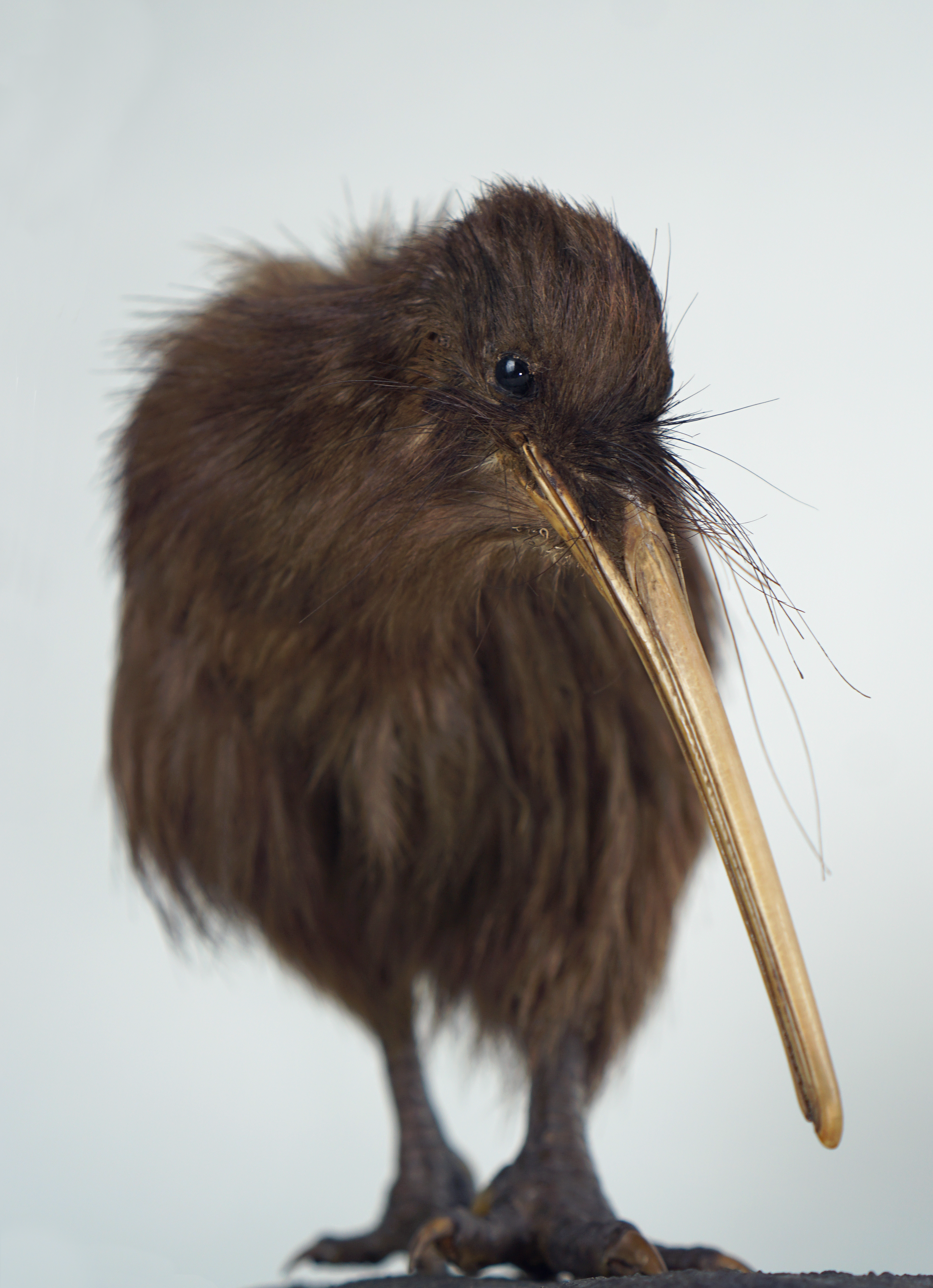 Corvids, like the blue jay specimen pictured here, are one of the most intelligent groups of birds. Brainy birds are a particular research interest to Dr. Early, who recently co-authored a research study showing that corvid brain size increased at a faster evolutionary rate than most other birds!

It’s easy to believe when you note several super smart behaviors seen in corvids. Crows can remember the faces of humans they had negative interactions with, and some species of crows make and use tools to access food! Corvids like California scrub jays are known to hide and find food items all over their territories, and magpies are the only non-mammal species we know of that are capable of recognizing themselves in a mirror! 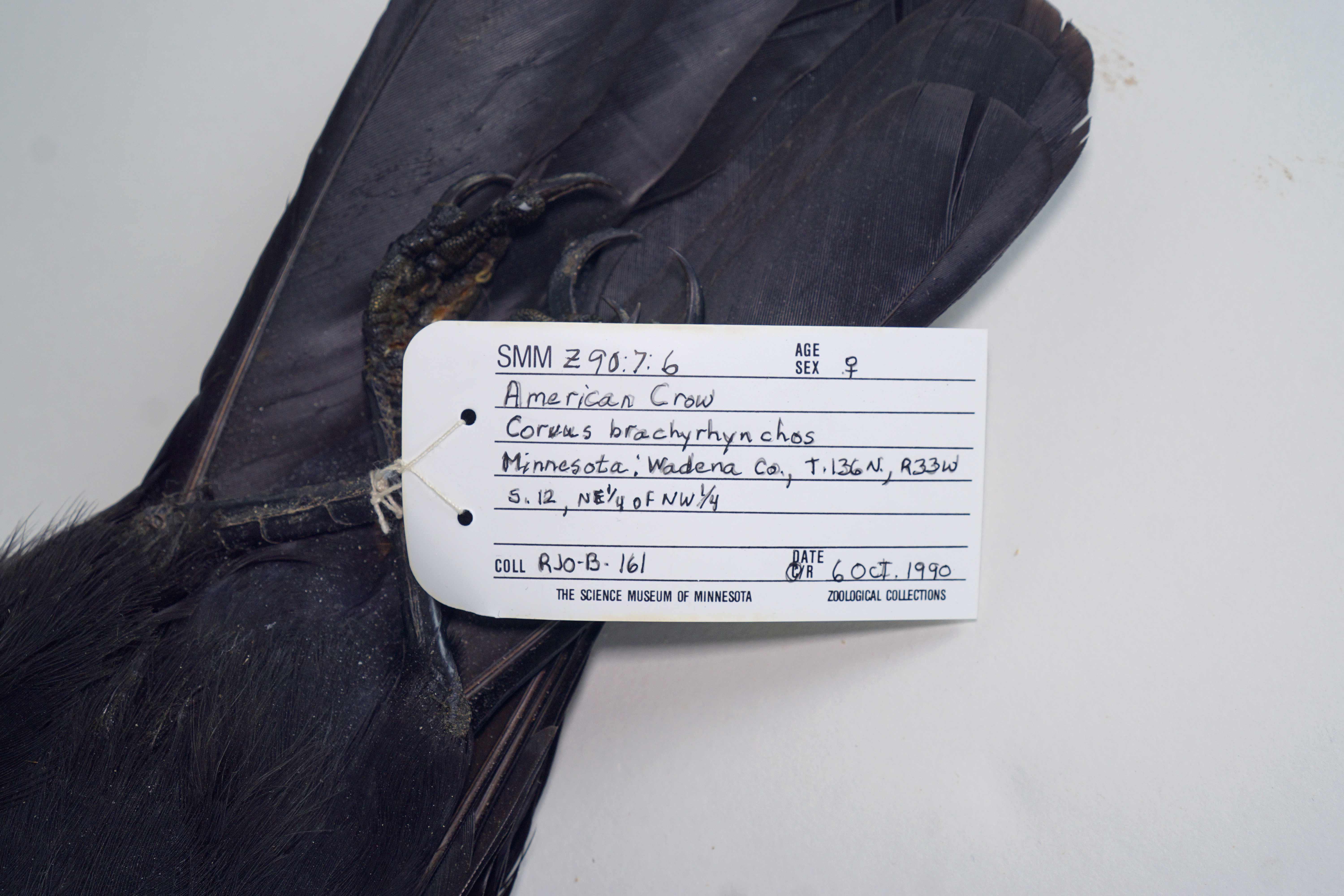 Blue jays are a pretty common sight (and sound!) in Minnesota–look for their blue feathers with bold black-and-white markings swooping from tree to tree, and listen for their loud calls. The sounds they make can be pretty varied, so check out this resource to familiarize yourself with them. If you do see them, keep your distance. They can be territorial and aren’t scared to face off with bigger animals! 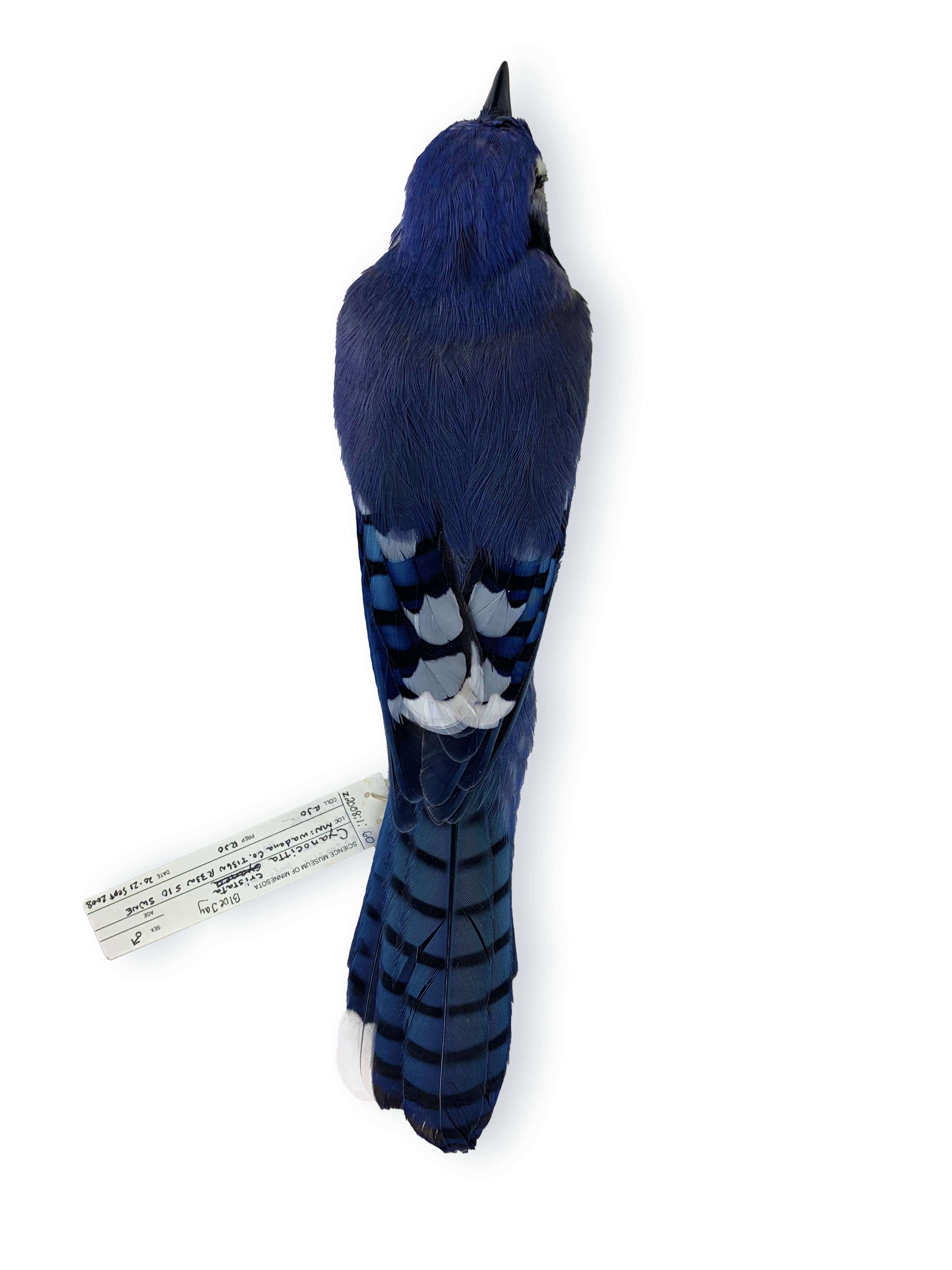 The national bird of the United States, the bald eagle is an example of a conservation success story. These striking sky citizens became extremely endangered due to hunting by humans, habitat destruction, and the insecticide DDT, but their populations bounced back to acceptable levels after the passage of protective laws. Their recovery was also influenced by Rachel Carson's book, "Silent Spring," and the lobbying of other environmentalists that played a huge role in the banning of DDT. 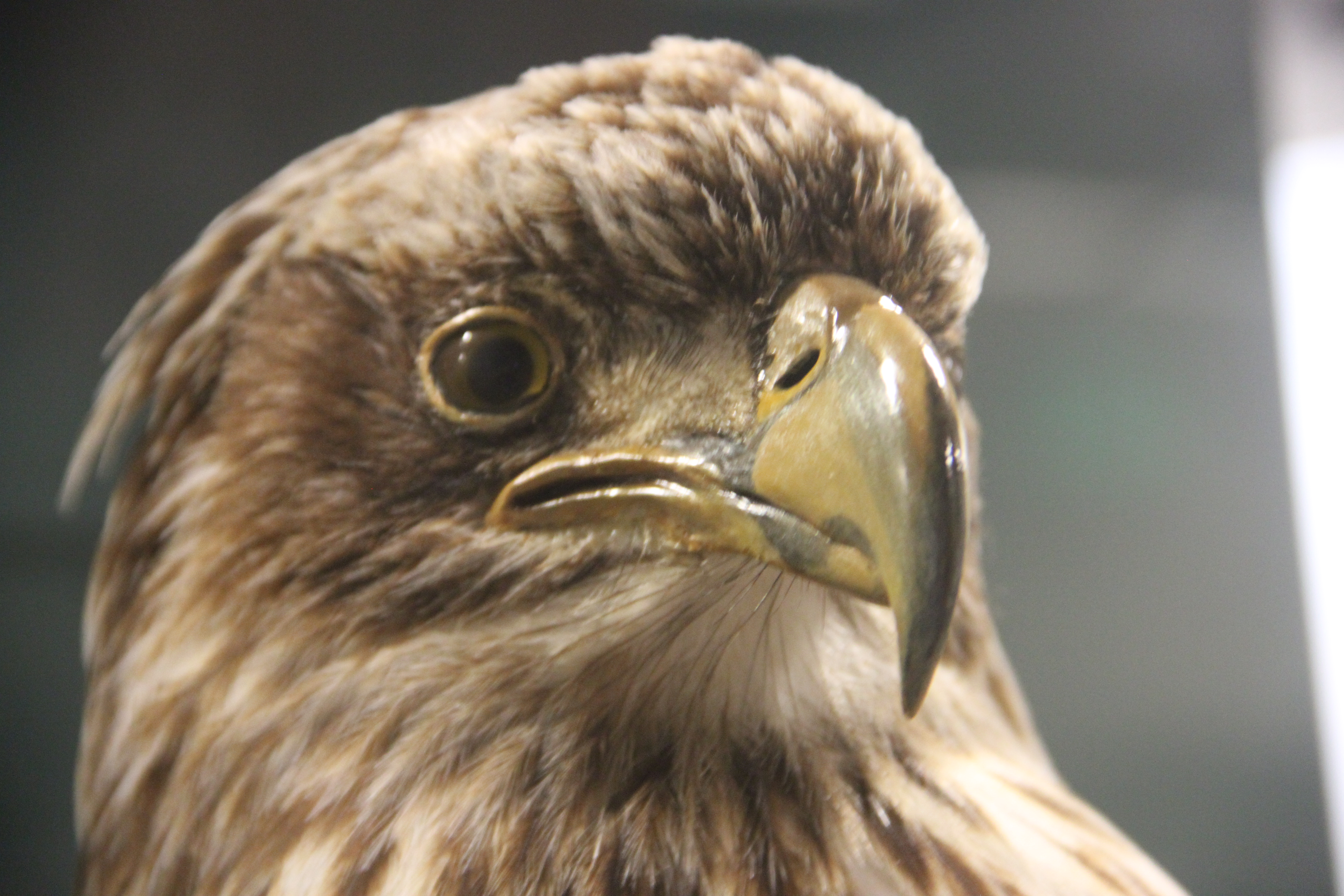 Now that the eagles are back to life in the fast lane, no private citizen in America is allowed to possess parts of an eagle, unless they are a registered member of one of the many Native American tribes for whom the eagle has religious significance.

You can see a bald eagle mount in the Mississippi River Gallery at the Science Museum, or keep an ~eagle~ eye out around lakes and other bodies of water, where they’ll be looking for a fish dinner. Dr. Early has also seen them flying over the highways of the Twin Cities, so you should never stop looking! If you’re listening for a majestic scree, take note: The sound we associate with bald eagles in movies is actually the call of a red-tailed hawk, because the call of a bald eagle just isn’t as impressive. 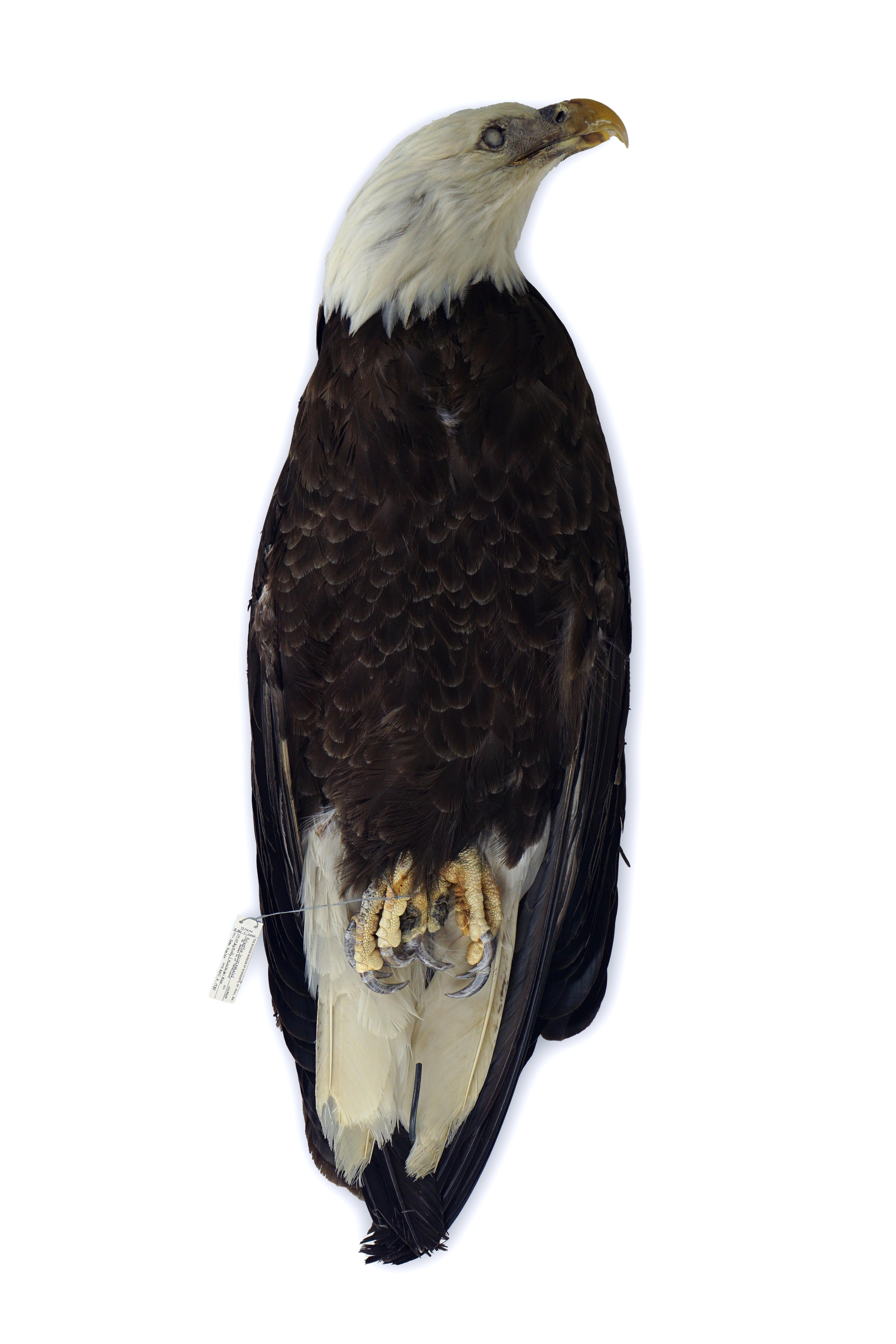 Which bird do you love best? Who would you like to see featured in the future? Let us know on social media by using the hashtag #ShareYourDiscovery!

The health and safety of you—our visitors, staff, friends, and community—remains our top priority.